On October 3rd, 2015, we attended PHPCon 2015 as a gold sponsor.
This event was held to commemorate the 20th anniversary of PHP, and a keynote speech was given by the creator of PHP, Rasmus Lerdorf himself. Over 2000 PHP programmers attended, and many of them visited our KUSANAGI booth. At the booth we introduced the world’s fastest WordPress execution environment KUSANAGI, and we showachievementsd our publications.

At the event our president Kengyu Nakamura gave a session entitled “High Speed WordPress – PHP7 vs HHVM vs PHP5.6”. There were a lot of people interested in speeding up WordPress and we received many questions at the end of the session. During the afterparty Mr. Nakamura also held a lightning talk with the theme of “Using an Ultrafast WordPress Virtual Machine”. 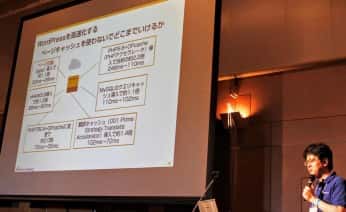 It was the first time we attended PHPCon but it is a very interesting event attended by enthusiasts of PHP technology. We believed that with our event, session, and booth display we garnered a lot of interest in KUSANAGI.

This website uses cookies to improve your experience while you navigate through the website. Out of these, the cookies that are categorized as necessary are stored on your browser as they are essential for the working of basic functionalities of the website. We also use third-party cookies that help us analyze and understand how you use this website. These cookies will be stored in your browser only with your consent. You also have the option to opt-out of these cookies. But opting out of some of these cookies may affect your browsing experience.
Necessary 常に有効
Necessary cookies are absolutely essential for the website to function properly. These cookies ensure basic functionalities and security features of the website, anonymously.
Functional
Functional cookies help to perform certain functionalities like sharing the content of the website on social media platforms, collect feedbacks, and other third-party features.
Performance
Performance cookies are used to understand and analyze the key performance indexes of the website which helps in delivering a better user experience for the visitors.
Analytics
Analytical cookies are used to understand how visitors interact with the website. These cookies help provide information on metrics the number of visitors, bounce rate, traffic source, etc.
Advertisement
Advertisement cookies are used to provide visitors with relevant ads and marketing campaigns. These cookies track visitors across websites and collect information to provide customized ads.
Others
Other uncategorized cookies are those that are being analyzed and have not been classified into a category as yet.
保存して同意
Powered by