From September 2nd to December 15th, 2016, we held the hands-on seminar “Make an Ultrafast WordPress Site on IBM SoftLayer” 7 times in Tokyo, Nagoya, and Osaka. Over 200 people attended to a very successful tour.

Thank you to everyone who attended and collaborated with us. 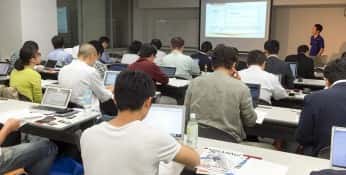 Attendees used their own PCs to create a site using our ultrafast WordPress execution environment KUSANAGI on IBM SoftLayer. After hearing various sessions about speeding up WordPress, and an explanation about SoftLayer from IBM, we compared KUSANAGI to a normal LAMP environment. Even though it was a very technical hands-on using servers and SSH, most of our attendees were able to finish regardless of their skill level. It was a successful seminar from which we received a lot of praise.

Due to overwhelming demand, we will also be holding this seminar in Fukuoka in February 2016.

Solution to solve customer problems,
We will provide you with some benefits that meets your requirements.