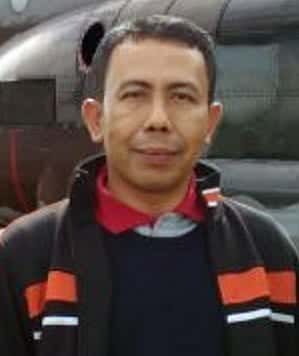 Andi Asri, the CEO of Arandy Bintang Cemerlang (ABC Express), was aware that there were many problems with the logistics application his company uses. At the time, the application was using a physical server in Surabaya. Asri encountered PT. Prime Strategy Indonesia (PSI) CEO Dang Marowa, and knowing of PSI’s software development expertise, Asri decided to consult Marowa about his application’s issues.

In addition to being the CEO of PSI, Marowa is also an outstanding developer. He discovered that there were several problems with ABC Express’ application immediately. Asri was very thankful for the many technical opinions that he received. After several meetings, they decided that PSI would collaborate on the development of the application. The result was was that its problems were solved, and basic features that had become unusable became usable once again.

ABC Express was founded in 2012. It is an express service focusing on freight shipping, with both domestic and international locations. In order to meet its clients’ various needs, ABC Express maintains city-level shipping interconnectivity, and by continually raising service quality has fulfilled the highest SSL (Standard Service Level). In the interest of providing a trustworthy international shipping service and being clients’ number one choice, they choose the most efficient combination of shipping methods from their multimodal system – railroad, box truck, fast ship and air.

ABC Express started noticing their access speed drop as time passed after the application was fixed. This new problem was being caused by an increase in data, which was putting a higher load on the system, and gradually began to affect its speed. Solving the various issues that caused the original bottleneck lead to the system getting back on track, and getting used more often. The new speed issue seemed like it would be difficult to fix, but PSI’s Marowa was there to offer help.

It was at this time that Daeng Marowa first suggest that Asri use KUSANAGI. Asri recognized the name KUSANAGI from previous their conversations, but he was under the impression that it was a virtual machine only intended for optimizing WordPress.

Asri was surprised by Marowa’s proposal, because ABC Express’s logistics software was built with the CodeIgniter PHP framework. To show its efficacy, Marowa prepared a test environment with KUSANAGI applied to ABC’s software. Asri was pleasantly surprised by the benchmark tests, which showed that KUSANAGI dramatically improved access speed.

Since switching to KUSANAGI, ABC Express’s application has been running with amazing stability. Even though it is built on the CodeIgniter PHP framework, and not WordPress, no problems have arisen. Asri commented that “We had heard a little about KUSANAGI from Prime Strategy before. But at the time, we were only aware that it was a virtual machine for optimizing WordPress. After applying it tour our application based on CodeIgniter, however, we saw an astonishing increase in performance. We are now aware that KUSANAGI is not just for optimizing WordPress, but can also be used on servers running CodeIgniter applications like ours.”

Asri is very thankful to PSI’s Marowa for proposing KUSANAGI.